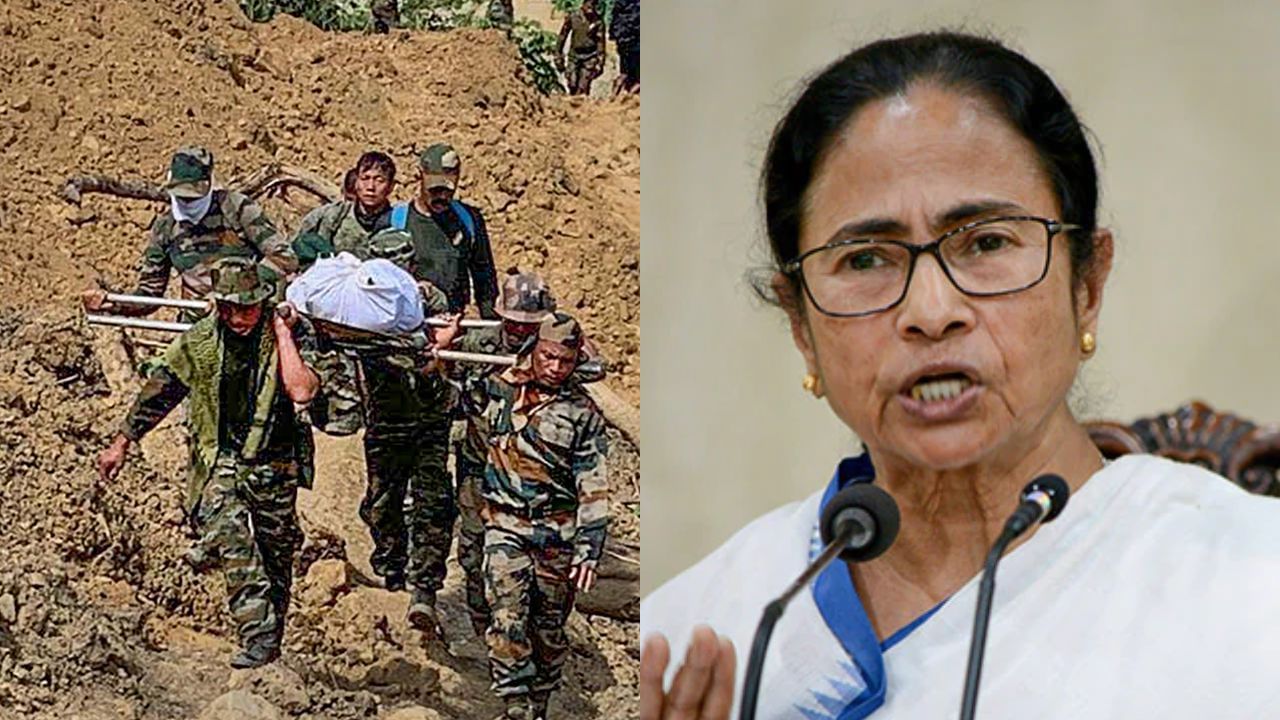 Landslide in Noni district of ManipurManipur LandslideDue to this, 20 people have died so far. While the search for 15 jawans and 29 civilians of the Territorial Army is still going on. This incident of landslide occurred on Wednesday in Noni district (Noney District) occurred at the Tupul Railway construction site. The army said in a statement that so far the bodies of 15 Territorial Army personnel and 5 civilians have been recovered. A landslide occurred on the intervening night of Wednesday and Thursday at the railway construction site at Tupul Yard, in which a large number of people were buried under the debris. West Bengal Chief Minister Mamata Banerjee (Mamata Banerjee) has expressed grief to the slain soldiers and civilians.

Mamta Banerjee said, “Saddened to learn that 9 jawans (107 Territorial Army Unit) of Darjeeling Hills are among those killed in Manipur landslide. I express my condolences on his death. Full solidarity and support to the families. heartfelt condolences.’ It is worth noting that so far 15 soldiers of the Territorial Army have died in this incident. The army said in a statement on Friday, ‘Through wall radar is being used to detect any human presence inside the mud. So far 13 Territorial Army personnel and five civilians have been safely rescued. While the bodies of 15 jawans and five civilians have been recovered so far.

Shocked to know that nine jawans of the Darjeeling hills ( 107 Territorial Army unit)are among the casualties in the Manipur landslide. Deeply mourn the demises and extend all solidarity and support to the next of kin.Heartfelt Condolences.

“The mortal remains of Territorial Army personnel are being sent to their hometowns with full military honors,” the army said. Meanwhile, Manipur Chief Minister N. Biren Singh visited the spot to encourage the personnel engaged in the rescue operation. At least 15 personnel of the Territorial Army have lost their lives in the landslide, officials said. The search and rescue operation is being carried out by the Army, Assam Rifles, Territorial Army, National Disaster Response Force (NDRF) and State Disaster Response Force (SDRF).


5-5 lakh compensation to the kin of the deceased

Chief Minister Biren Singh has announced a compensation of Rs 5 lakh each to the next of kin of those who lost their lives in the accident and Rs 50,000 each to the injured. Assam Chief Minister Himanta Biswa Sarma today said that at least one person from his state has died and at least 16 others are missing in this landslide. Sarma tweeted, “Sad to know that a man from Morigaon, Assam lost his life in Manipur landslide. Five are undergoing treatment. While 16 others are still missing.

Janat News Pakistan Tehreek-e-Insaf leader Dr. Shahbaz Gul has said that PTI is against the anti-Pakistani army propaganda. According to ARY News, Pakistan Tehreek-e-Insaf...
Read more
Previous articleJanat News: After Kanhaiyalal’s neck, there is a threat or celebration: Many fundamentalists arrested
Next articleJanat News: The current situation in the country has become a cause for fear: Amartya Sen