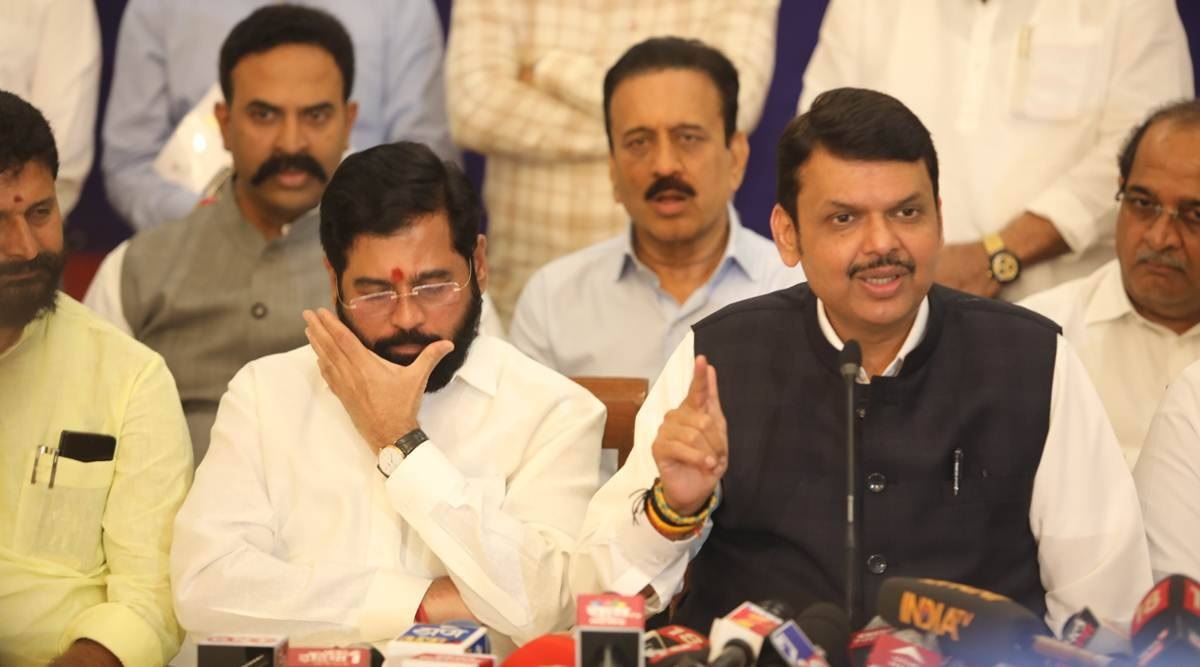 The political turmoil and turmoil that lasted for nearly two weeks in Maharashtra’s politics ended with Shiv Sena rebel leader Eknath Shinde taking oath as the chief minister. In the corridors of power, handing over the chief minister’s chair to Eknath Shinde, the leader of the rebel faction in place of Devendra Fadnavis, is considered a big political bet of the BJP, to influence the politics of Maharashtra by making a shield and marginalize Uddhav Thackeray’s Shiv Sena and politics. Can go

Not only this, by taking Eknath Shinde along in the municipal elections of Maharashtra, BJP can be ensured a big role in the local and urban politics and governance system of Maharashtra. It has become clear that the BJP can contest the Maharashtra Assembly elections in alliance with Eknath Shinde and Raj Thackeray’s Shiv Sena. On the other hand, Uddhav Thackeray’s politics will also have to be understood whether he will now fight a battle with Congress and NCP in Maharashtra politics or will follow the policy of walking alone by strengthening the organization of Shiv Sena.
Virendra Kumar Jatav, Delhi

On one hand, as soon as the monsoon has knocked in India, all beings have got relief from the scorching heat, on the other hand, the world’s largest democracy is now looking forward to the monsoon session for relief. Various topics like foreign mobility, unemployment, inflation, labor code, railway recruitment, GST and many more will be discussed from 18th July to 12th August. This 17 working day session should be respected by the candidates of each party to create a better economy.
Sunil Chilwal, Haldwani, Uttarakhand

The much-awaited announcement by the central government to ban some single-use plastic items from July 1 is welcome. The news of state governments stopping their use and accelerating the exercise to stop production, distribution, manufacture and sale is also a relief. By banning single-use plastic, the environment will not only be protected, drains and chambers etc. made for the removal of water will also not be blocked. There will be no flood in the streets, the lives of cattle will be saved and cleanliness will also be maintained. Now the general public will have to take the responsibility of making this initiative successful.
Vasant Bapat, Bhopal

Janat News Pakistan Tehreek-e-Insaf leader Dr. Shahbaz Gul has said that PTI is against the anti-Pakistani army propaganda. According to ARY News, Pakistan Tehreek-e-Insaf...
Read more
Previous articleJanat News: Chanakya Niti: These 4 qualities a person gets with birth, cannot be developed by anyone’s teaching
Next articleJanat News: BJP’s national executive meeting from today, PM Modi will also attend; Know why the meeting is being held in Hyderabad after 18 years?