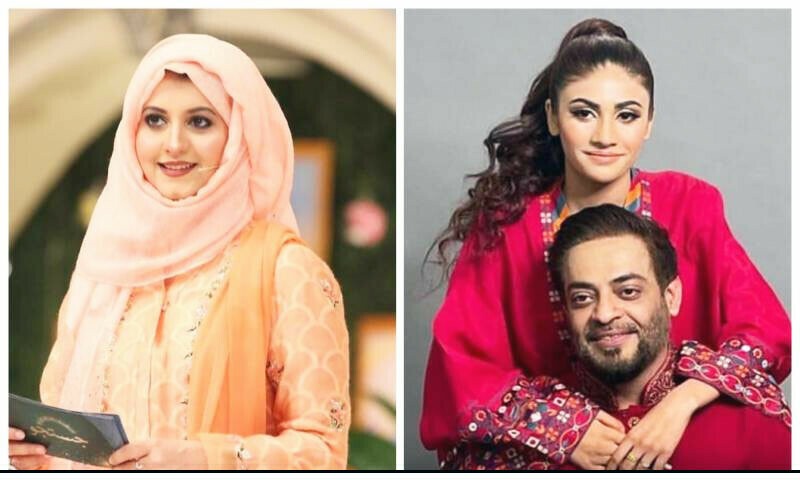 Dania Malik, the third wife of late Dr. Amir Liaquat Hussain, has said that Bushra Iqbal has no right to talk about my divorce.

According to details, Dania Malik addressed Aamir Liaquat’s first and ex-wife Dr. Bushra Iqbal in a statement and said that Bushra Iqbal should look inside herself before talking about my divorce, you have no right to do that. That you discuss this issue.

It may be mentioned that Aamir Liaquat died on June 10.

On the other hand, Dr. Bushra Iqbal says that Dania Shah has been legally deposed, Dania Shah is no longer Aamir Liaquat’s widow.

He said that an application has been filed in FIA against this gang, it was inappropriate to leak one’s private videos, Aamir Liaquat went into depression due to the leaking of private videos.

He said that Dania Shah herself admits that she has made the videos, Dania’s statements keep changing and she should be punished.

Janat News I don't even know how many followers I have, my sister also created my account and my niece shares my pictures: Actress...
Read more
Entertainment

‘After 150 sixes in the nets, if you don’t come into the match, there is a system of nature’ Janat News

Janat News ...
Read more
Previous articlePFUJ has threatened a nationwide protest if ARY News does not resume broadcasting Janat News
Next articleJauria Khan lashed out at those who talk about the personal life of the players Janat News

Janat News RIYADH: The Saudi Crown Prince has taken a historic step to establish new cities in the kingdom. According to the Saudi Press...
Read more

Private Banks – Fluctuations in dollar value: Private banks took advantage of the opportunity and made a profit of Rs 56 billion. Janat News

Janat News Islamabad- During the last few months, the private banks benefited a lot due to the increase in the value of the...
Read more

Janat News International wrestlers managed by Ring of Pakistan have arrived in Multan to promote sports in Pakistan and help flood victims. According to...
Read more

Section 62 of disqualification for life is a strict law: Chief Justice Janat News